What Is an API and Why You Should Care 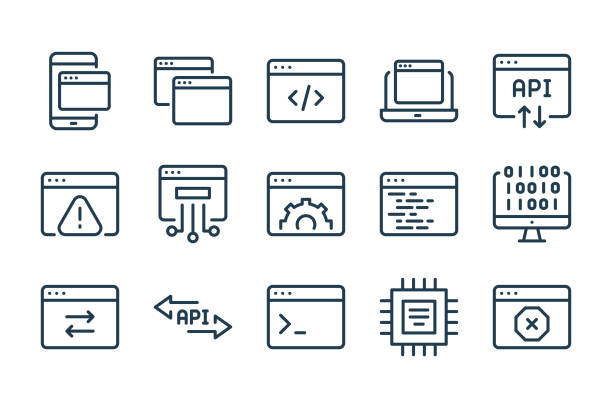 You might have come across the term “API” in tech blogs, news articles or pitch decks before. But what is an API, and more importantly, why should you care?

API is an acronym for Application Programming Interface, and its purpose is to provide a standard of communication between computer programs. A nice metaphor for an API is a restaurant menu - it provides a predefined way of communicating (ordering food) between you (diner) and the provider (restaurant).

For example, let’s say you want to develop an iOS app that displays Tweets about Bitcoin. For your app to work, you’ll need a way to actually retrieve the Tweets from Twitter. But how do you do that?

Fortunately, Twitter conveniently provides an API for developers to retrieve Tweets (and other information) in a standard way. With knowledge of this standard you can make requests to Twitter’s servers and be able to retrieve the Tweets you want safely, securely and reliably.

Why Are APIs Important?

APIs play a crucial role in software development because it makes software (often written by other people) really easy to reuse. It encourages constructive development in the software community, and it saves developers lots of time.

And APIs aren’t just for using someone else’s software either. Many companies make internal APIs for their own teams to boost productivity, and it’s something you’ll likely encounter in the industry. In fact, APIs are so important to software companies that there are often teams whose entire job is to develop and maintain a single internal API.

Abstracting Away The Nitty Gritty

One of the key advantages of APIs is abstraction. An API hides all the complex implementation details to its users. This is great for users because they don’t need to worry about anything - they can just use the API to make requests and fully expect a correct output. It’s also great for API providers because it provides an extra layer of security as users won’t be sticking their noses into your systems.

Going back to the Twitter example, the Twitter API is good for developers because they require zero knowledge of how Twitter’s internal software infrastructure works, and it’s good for Twitter because it keeps their key systems and anything proprietary (such as databases) safe.

How to Get Started With APIs

Hopefully by now you’re convinced how important APIs are in the software industry, and you’re itching to try them out. The great news is that there are tons of APIs already available on the internet for almost any use case. You can search for them online, or choose one of dozens of top-quality APIs from API Ninjas. Either way, the process to get started is the same:

The first step to exploring any new API is to carefully read the documentation. Make sure that you actually understand what the API does, and that you are okay with any requirements/limitations documented.

After reading the docs, it’s time to try out the API. Sometimes API providers offer a demo option whereas others will require registration to test out an API, but your end goal is the same: make some API requests yourself. You want to make sure the API works the way you expect, and that the API is reliable. Don’t be afraid to spend a little longer testing APIs - it’s worth your time.

3. Integrate into Your Project

When you’re convinced the API will be useful for your project, it’s time to integrate it into your project. This step has the most variability - it can be as simple as writing a few lines to make an API call in your application and handle the output, or it can involve complicated migrations of your existing code and involve teams of engineers. It really depends on the API provider and your project.